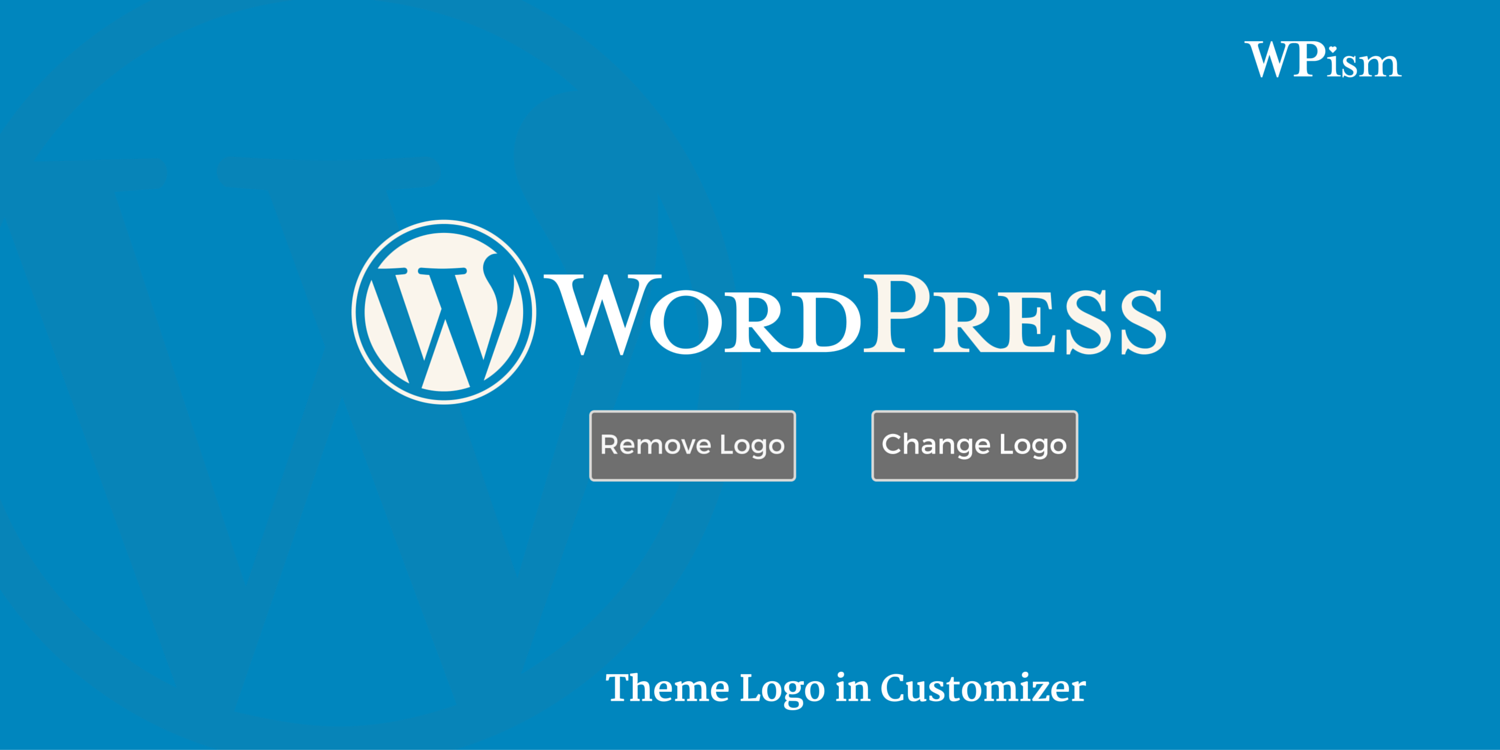 The development for upcoming WordPress 4.5 is well underway, and the development team has released the Beta 1 version that includes native support for a theme logo within the Customizer.

Logos are one of the essential elements of any web page and while theme developers separately handled the support for logos, it’s now getting native support in the WordPress core.

The upcoming release of WordPress 4.5 has added native support for the Theme logo feature to make it standardized across the themes. WordPress Theme developers can now simply declare the support for site logo and it would be handled by the customizer within WordPress.

Logos are one of the most important elements on the page that users look to customize. It is certainly one of the first things that users want to add when they opt for a new theme.

Leaving the option to theme developers as of now meant that they had their own way of implementing within the theme, making it different from one theme to another.

Adding it as a core feature can help standardize the logo feature in Themes and most importantly enrich the user experience. Like other features, users can quickly find out where to add site Logo irrespective of the theme. I am sure this feature will be hugely welcomed by both WordPress theme developers and users.

This is what the initial preview of Theme Logo looks within Customizer.

The option will be available within the Site Identity section of the customizer.

There are however concerns from theme developers on the feature limiting to a standard size and format (as developers want to provide several logo options such as retina support, different sizes, and placements such as in footer, different colors such as dark and light versions, etc.). The standard implementation, if adopted can be limiting such flexibility for theme developers and force them to add additional options elsewhere.

Adding Support for Logo in Themes

WordPress Theme developers can add support to theme logo via: add_theme_support( 'site-logo', size ), which enables the site logo option for the users in customizer.

The Logo option can be customized within the Site Identity section of the Customizer.

Here’s how customizing the Logo, Site Title, Tagline, and Site Icon might look all within the Site Identity section.

Native support for logos in the core also means that users can now switch between WordPress themes with support for site logos and retain the same logo on a new theme.

The Twenty Sixteen theme, default WordPress theme for 2016 is brilliant but as many users have pointed out they wanted default support for the logo.

Several users as of now had to upload something like a Header Image if they wanted any graphical representation of their brand on 2016 theme.

The header image clearly isn’t for everyone as it fills in more of your page with the same image (or a combination of random headers).

A new version of Twenty Sixteen 2016 WordPress Theme will also be shipped along with the support for Theme logo that can be customized via the customizer.

The feature in Twenty Sixteen WordPress Theme will also set as an example to other themes for implementation.

I really like this idea of native support for Theme Logo and firmly believe it will be super helpful for beginners.

WordPress users will surely find this feature convenient as it makes easy to add a logo and can retain the logo when they change their themes.

What do you think of this Theme Logo feature in WordPress 4.5?