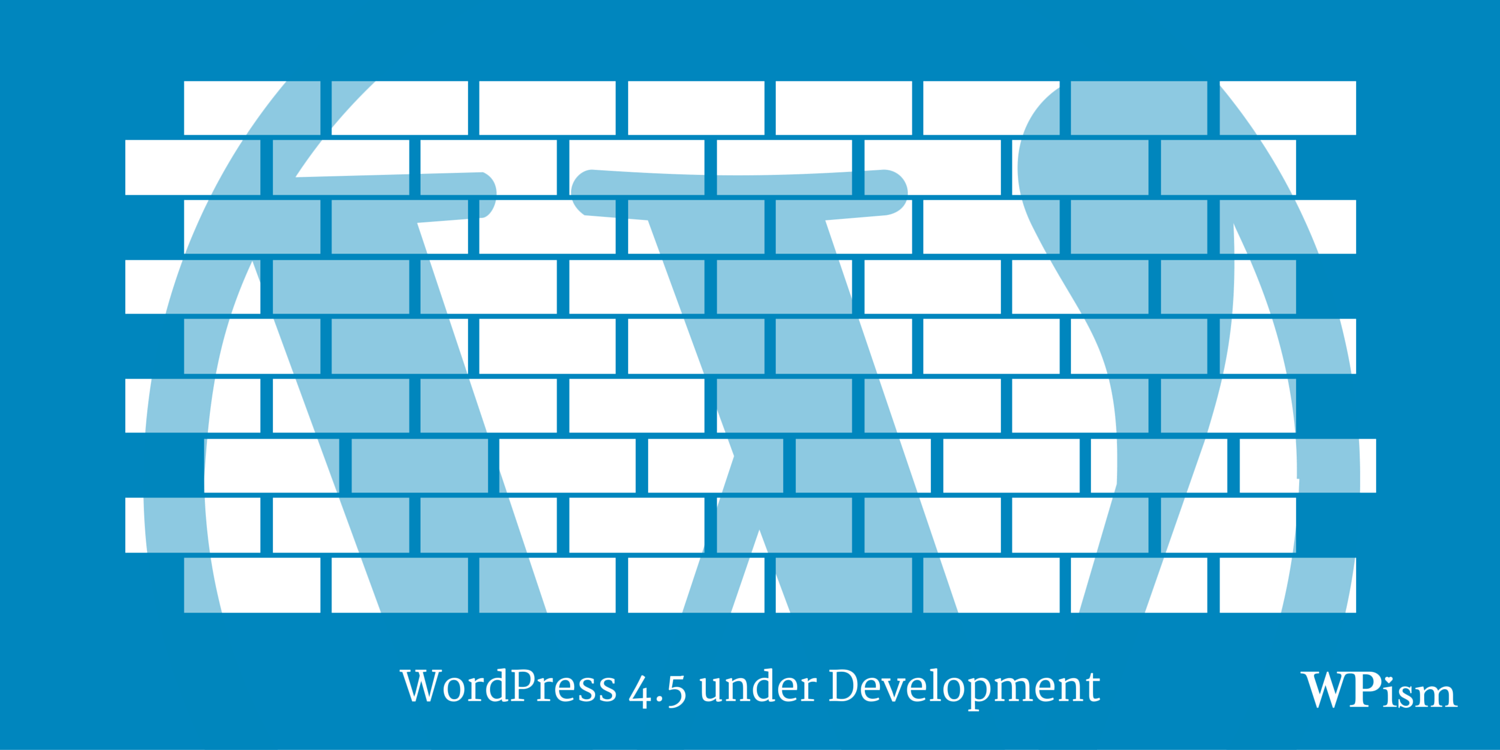 WordPress 4.5, the next version of WordPress is already in development and is targeted to release in April 2016.

Update 12th April: WordPress 4.5 has been released on schedule. You can visit our latest post on WordPress 4.5 to learn about all the latest features and updates.

Update February 24, 2016: WordPress 4.5 Beta 1 has been released and is now available to download for testing purposes (Download the beta here).

We just saw the release of WordPress 4.4, and the latest security and maintenance version WordPress 4.4.1 was released earlier this week.

The core development team has now published a project schedule targeting its release in mid-April. The current target release date is April 12, 2016.

The beta-1 version of WordPress 4.5 is planned to release by the end of upcoming February, and three more beta versions of the software will be released before the final release candidate.

WordPress core developer, Mike Schroder is the release lead for version 4.5. He will be assisted by two other release deputies, Mel Choyce, and Adam Silverstein.

Announced at the latest core developer chat, Adam Silverstein will support as the release deputy and Mel Choyce as the design deputy for WordPress 4.5.

As you can see in the project schedule, all-new enhancements and feature requests for version 4.5 will need to be added by the release of the Beta 1 version.

All the new features are first worked on as plugins and are decided to be merged in the core over the course of development.

I will surely come up with a post with the upcoming features in WordPress 4.5 then, but a few features worth mentioning that are being worked on and also made it to discussions in the opening meeting include;

Additionally, new features that are currently worked on as plugins and already look exciting to me include:

You can see more of the feature plugins being developed here.

I am excited about the improved image compressions, HTTPs improvements and the Two-Factor Authentication for WordPress.

What features are you expecting and excited about in WordPress 4.5? Let me know in the comments below.