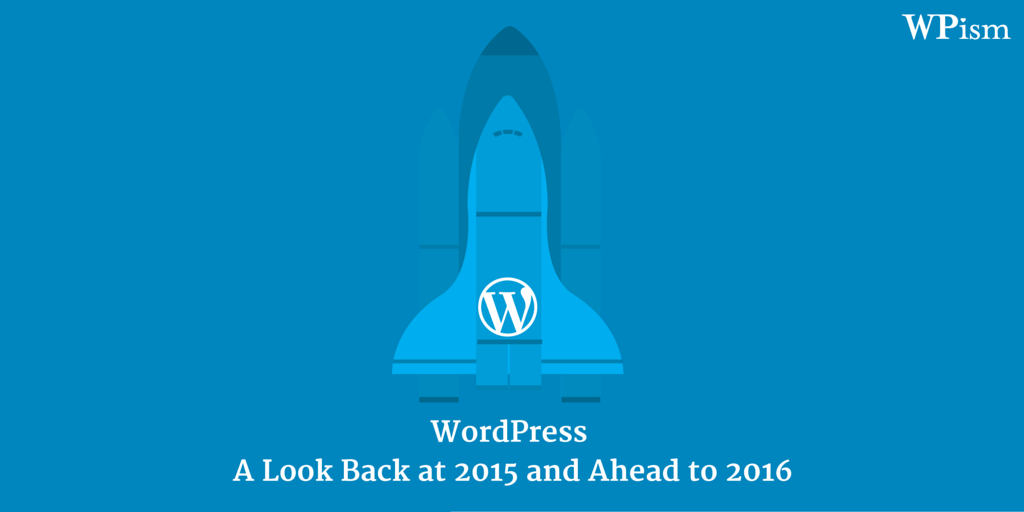 As we have now stepped in 2016, it might be worth looking back at the past year and reflecting on how far we have come with WordPress.

The first WordCamp US was held towards the end of the last year, and the annual State of the Word presentation is a useful reference to consider as an overall WordPress community.

I strongly recommend watching the state of the word 2015 video and the key highlights to get a clear understanding of where we are going in the future as a community.

I have covered the key highlights and included stats of the word infographics to help you understand the future and progress of WordPress.

State of the Word Presentation

State of the Word 2015, presented by Matt Mullenweg, was one of the major highlights of the first WordCamp US that took place last month in Philadelphia.

An annual presentation, State of the Word sheds light on the significant achievements of the WordPress community in the past year and puts forward a roadmap for the next year.

Matt as the leader of the community takes the stage to present the notable works and suggestions from the WordPress community. He also does an extended question and answer (Q&A) session where he answers several tough questions around important decisions and the overall rationale, and his views behind them.

At WordCamp 2015, it was Matt’s tenth State of the Word address. Surprisingly, the first WordCamp US coincided with the ten years of WordCamp!

You can watch his full presentation along with the Q&A session in this video below.

Also, find the slides from Matt’s presentation embedded below from Slideshare.

All other WordCamp US sessions are also available to watch for free at WordPress.TV.

I watched the event live and live-tweeted the main highlights of his presentation.

Key Highlights from State of the Word 2015

Here’re some of the noteworthy announcements from the State of the Word address of Matt Mullenweg.

WordPress is the most popular publishing platform on the web and powers 25% of websites.

This means WordPress now powers 1 in 4 of the websites on the web. Matt also shared this news back in November with figures and data from the W3Techs survey revealing a market share of 25% of the web for WordPress.

The 25%, however, comes from the data of websites that we know are using CMS. Surprisingly, 57% of websites don’t use any recognized CMS yet, and Matt believes this is where we have an opportunity as WordPress aims to target the remaining seventy-five percentage.

The plugin repository also added nine thousand new plugins just in 2015. As WordPress continues to power more and more of the web, we should see this number increasing at a very fast rate in 2016.

Also worth mentioning is the rise of several high-quality plugins that add to the increased downloads.

Discussing the future of WordPress, Matt puts it, “JavaScript and API-driven interfaces are the future”. He also talked about the importance of API driven development as a key to an open web adding “An API is the key of an open web.”

He discussed the Calypso project that powers the new WordPress.com in detail.

Finally, he gave homework to the WordPress community to learn Javascript deeply.

The WordCamp US 2015 became the largest WordCamp ever with more than 1800+ WordPressers making it to the event.

Apart from the WordCamp US, the stats from Matt’s presentation about WordCamps and meetups in 2015 revealed amazing figures.

WordPress will see three major releases in 2016. Along with the release lead for the upcoming version of WordPress 4.5, Matt announced release leads for additional two more versions.

6. The Story of WordPress Book

Matt announced the release of the official book covering the WordPress story titled “Milestones: The Story of WordPress”.

The book has been released already, and version one is now available on Github to read and contribute. You can also listen to several interviews with WordPress personnel taken for the book.

WordPress has amazing stories about how it was created and how people use it all around the world. The book documents such stories of WordPress from its start to becoming the dominant platform on the web today.

State of the Word Infographics

Finally, here’s a nice infographic from WP Engine presenting the numbers from the State of the Word presentation.

State of the Word is one of the significant presentations not just within WordPress but also in the wider web community. The announcements from the program attract significant attention and press coverage from the mainstream media.

Matt Mullenweg: State Of The Word 2016

The figures from the State of the Word 2015 definitely look impressive, and set for a hopeful future of WordPress in 2016 and years to come!