How to Use AngularJS with WordPress

Here's an overview of using AngularJS with WordPress, challenges, and the future.

WordPress is the most popular content management system (CMS) with over 60% of the CMS market share. The platform has state-of-art infrastructure, with over 55,000 plugins developers using it for design, marketing, and other purposes.

Having said that, WordPress users often feel limited when it comes to front-end design. That’s where integrations with AngularJS frameworks come in handy, helping teams add new pages and blocks or tweak the layout of the page effortlessly.

In this post, we will take a look at the convergence of the most powerful content management system and one of the most promising front-end web frameworks – WordPress and Angular.

Here are some of the top AngularJS + WordPress Resources that you can learn from and continue exploring.

Continue reading to learn about both of these platforms, their main features and tips on connecting Angular to your website. Also, explore some of the most common challenges developers might face in the future by using Angular and WordPress for their development purposes.

What makes WordPress a top CMS?

Once you look at these statistics, it seems that in the world of content management systems the competition is distributed between WordPress and the rest – and this assumption is not far off from reality.

What makes WordPress beat its alternatives so easily? Here are the features responsible for the platform’s glorified reputation:

WordPress is the type of a platform that seems basic at the core – yet, once you take a good look at the plugin directory, it’s clear that the CMS has a lot to offer for large-scale platforms and experienced development teams.

Right now, there are over 50,000 plugins WordPress supports – you can collect a robust toolkit for website development, design, marketing, SEO, content management, and other purposes.

WordPress is one of the most frequently-updated content management systems out there. According to statistics, a major WP update is released every 152 days. Other than that, WP has a large and committed open source community, where thousands of users help detect security exploits and develop patches to address these issues

As a result, business owners choose WordPress because the website makes them feel safe and protected from third-party threats.

Ease of use for non-developers

Content management systems like Drupal or Joomla are challenging to navigate if you have no programming background. That’s not the case for WordPress – a person with no background in development can create a one-page website or a simple e-commerce platform with the help of plugins.

As soon as you learned the core concepts of WordPress development, creating a blog with no third-party assistance will be a piece of cake.

WordPress is one of the CMS that takes content optimization off the development team’s plate. The platform generates title and description tags automatically, not to mention dozens of useful and easy to use plugins that increase the website’s visibility. Some of the most popular WordPress SEO tools among business owners include Yoast SEO, RankMath, SEMrush among others.

WordPress is probably the most versatile CMS out there – despite the common misconception that the platform is only good for blogging. In reality, there are plenty of e-commerce websites built with WP (like Woocommerce), top media use it as well (think New York Times), it’s popular for business-card websites (like the Sony or Renault pages).

Other than that, the platform supports 72 languages, allowing business owners to reach international audiences and explore new markets.

With such versatility, it’s no wonder WordPress outpowers any other CMS out there.

AngularJS is a front-end framework that helps developers build dynamic web applications. In a nutshell, it allows developers to go beyond the traditional HTML5 syntax. For its wide range of features and ease of use, Angular is known as HTML for applications.

If you are new to the framework, take a look at the brief rundown of its main features and use cases.

Let’s take a look at the most promising ways to pair the framework with the content management system.

Since there are different ways to pair Angular.js and WordPress together, the steps developers have to use to integrate the two are different depending on the purpose.

We are going to cover the most popular use cases – using the framework to relay WP content below.

Using Angular as front-end for WordPress

Although WordPress is almost flawless in terms of ease of use and flexibility, on its own, the platform has a major downside – slow loading speed.

To improve the performance of WP-powered webpages, developers started looking for ways to serve WP contents using a front-end framework – that’s where AngularJS came in handy.

Here’s how you can connect Angular to WordPress:

Step 2. Choose a tool for building basic Angular applications – Yeoman generator is a popular one among developers.

Step 3. Create the layout of the app using plugins like Bootstrap and enable data fetching from WordPress.

Step 4. Use a ‘route main’ method to create a controller that initiates the page and loads its features.

Step 5. When you can retrieve post content and store it as a jQuery element, remove CSS classes and replace them with the Bootstrap ones.

There are several ways to see WordPress posts via an Angular app – as a grid of entries grouped by categories, and in a single-post view. Let’s take a look at how to set each of these up.

To view a category of posts, create the Array of Posts objects. Then, use the NgOnInIt function to call the loadPosts method. To apply the category template to different posts, developers typically use directives.

To view a single post, use ActivatedRoute service for URL fetching. After that, a software developer has to call LoadPost() to display the entry in the app window.

Challenges of Integrating AngularJS With WordPress

Performance-wise, connecting Angular and WordPress is a winning solution.

However, development teams need to be aware of challenges and such integration will present.

Here are the details you need to be aware of when considering hiring a professional for an AngularJS service.

Since you need to use REST API to relay WordPress data to Angular applications, you’ll have to rely on authentication methods available – and there aren’t many. As for now, the REST API only supports cookie-based authentication.

In most cases, this authentication process doesn’t cause developers too much trouble – however, if your app’s front-end and back-end are hosted on different services, communicating between the two will be problematic.

Although WordPress has a robust built-in SEO toolkit, a fraction of this power is lost when the markup of the page is outsourced to Angular.js instead.

The good news is, a developer can overcome the challenge with relative ease, integrating Yoast SEO into the single-page application.

Angular.js doesn’t support static page generation (unless you decide to use third-party tools like Scully). Moving away from statically generated pages can result in security and performance drawbacks.

If you use a decoupled app to manage the website (such an Angular web application), you might not be able to use WordPress’s out-of-the-box content preview feature. To overcome the challenge, you might have to look for headless WordPress solutions.

Future of AngularJS in WordPress

The sprouting growth of React made Angular.js developers lose some confidence in the framework – that’s why, compared to Angular, the tool isn’t developing rapidly.

Having said that, as of 2020, the infrastructure of Angular.js has come the long way – earlier, developers relied on poorly-functioning releases like Angular 2 and 4 – now, there are tools like Angular-CL and Angular Universal for SEO.

What does the future hold for Angular.js and WordPress?

These are the main development vectors the framework is following this decade:

Since Angular.js 1.3. stopped supporting Internet Explorer 8, it’s likely that later versions will go along the similar lines. Instead of continuing the support of older browser client versions, the framework will focus on improving its performance on newer versions of IE, Chrome, Mozilla, and Safari.

Such a change is good news for developers as it will improve the syntax of the code, making it more concise and succinct. Hopefully, once the tool narrows its focus down, Google developers will be able to release updates more frequently as well.

New Angular.js will focus on speed

Since WordPress developers typically use Angular.js to support the front-end of their websites, the speed of the framework is its main advantage compared to using standard WP functionality.

It looks like, in the future, using Angular.js to serve WordPress-built back-ends will be more reasonable than ever since the platform aims at reaching a yet higher loading speed.

Here’s what we can expect from Angular.js 2.0:

Improved data persistence is another promising feature that’s expected in the newest Angular.js version. Right now, developers need to use third-party integrations to process sockets and have to rely on LocalStorage to add offline support to web apps.

With Angular.js 2.0, the way we perceive data persistence will likely change. These are the updates developers are most excited for:

Here, more exciting changes are coming the developers’ way. This is how the CMS will become more Angular-friendly in the next 2-3 years.

Typically, developers create JS templates using Node modules. However, it’s likely that the WordPress community would happily shift the focus to designing Javascript tools as plugins instead since these are easier to make people pay for, promote, and upgrade over time.

For all these years, WordPress has marketed itself as an easy-to-use platform for small businesses. However, now that the CMS dominates the market, it might become a go-to choice for bigger companies as well. These teams will likely want to get more flexibility and freedom out of WordPress – that’s why the platform needs to embrace decoupling.

The release of a WordPress API can allow businesses to attach the functionality of the platform to separate interfaces or to connect WP to Oracle, CRMs, and other corporate tools.

Integrating Angular.js and WordPress is an efficient way to increase the speed of your online platform. The process is not as complex as it seems at first glance – creating a basic Angular.js app doesn’t require any technical knowledge other than the basics of JavaScript.

It looks like the future for the Angular.js-WordPress-pairing is quite bright.

As the flexibility and room for decoupling within the WP infrastructure increases, by 2025, connecting the back-end of the CMS with a framework-based front-end will become a piece of cake.

Anastasia Stefanuk is a passionate writer and Information Technology enthusiast. She works as a Content Manager at Mobilunity, a provider of dedicated development teams around the globe. 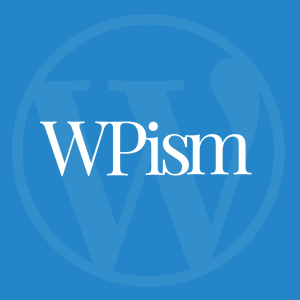 Want to keep updated with WordPress?

Helping entrepreneurs and marketers with everything WordPress. Join WPism to receive a monthly newsletter with WP insights.