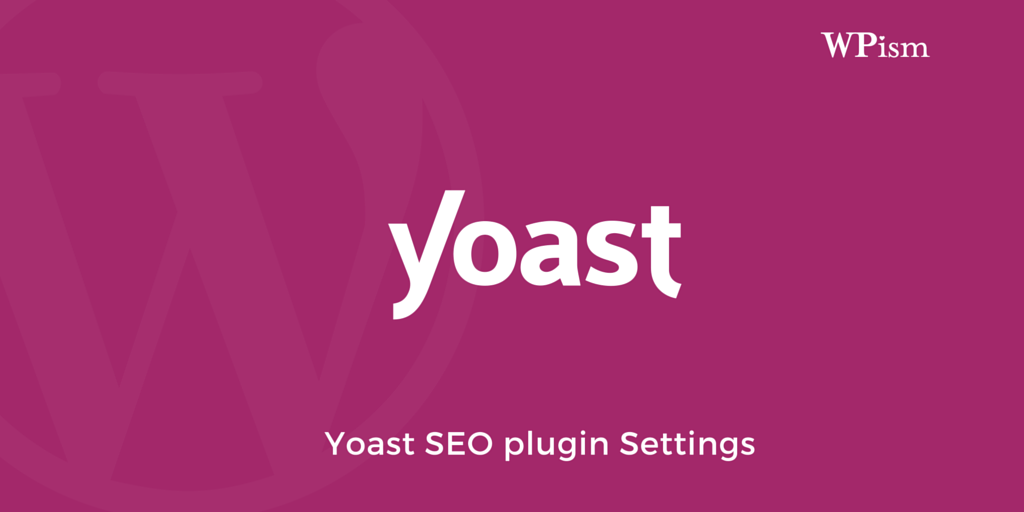 One of the most used WordPress plugins, Yoast WordPress SEO has been updated to its second version (v2) with several new features.

Keeping only the selective features (what matters to most of the users), Yoast, the company behind the plugin has released a much stable and faster version of the plugin.

In this tutorial, I will go through the latest changes in the Yoast WordPress SEO v2 plugin and recommend you the best new settings for those options.

Before we dive into configuring the settings for WordPress SEO, let’s look at the changelog to see what’s exactly new with the WordPress SEO v2 plugin.

The changelog of the plugin mainly points out their integration with the premium version of their plugin and outlines the core improvement in terms of performance.

Two main features updated in the plugin include,

Now, let’s explore the settings for both new features in detail below.

The plugin has been totally simplified in this latest version. More than the settings themselves, you might want to know where the options are located in the new design and layout of the plugin.

The admin menus of the plugin include only the major tabs focused on important settings. Yoast should have made these changes by analysing the data they have from millions of their users. Here’s what the simplified menu looks like with the current version of the plugin.

If you have extensively used the plugin in past and wondering if you have lost few settings, don’t worry you should be able to locate all the previous settings under the Advanced tab of the plugin.

Yoast has realised that not all of its users required such advanced settings and these could have their separate page of their own.

The advanced settings of the plugin includes Breadcrumbs, Permalinks, and RSS settings, those that are hardly used by most users. When was the last time you were concerned about modifying your RSS settings?

In terms of design, layout & usability, there’s one more area in the plugin has made slight changes. In the horizontal Menu bar (if turned on for front-end), you will see the SEO  tab that lets you directly access the plugin settings along with a few other handy tools.

Such tools can be really useful tools if you are serious about SEO.

The knowledge graph as recently introduced by Google understands users queries and presents them with more information without having them to click on the search results.

Watch this video from Google if you wanted to know more about knowledge graph.

Now once you know what Google Knowledge Graph is and want to optimise for this feature, go to the Company info tab next to General in the first menu – SEO > General of the yoast plugin (see the screenshot below).

Choose if your website represents a company or a person and fill in the subsequent details. You can enter your company name and company logo as shown in the image above. As Yoast suggests, please note that the logo only works for companies.

Google Knowledge Graph also includes some social networks (as you can see in the image for Google knowledge graph of WordPress above) that you can define in the settings of this plugin.

The supported social media account profiles can be defined by navigating to the Social section of the plugin. (See the screenshot below).

Under the first “Accounts” tab (SEO > Social), please fill in the links to your social media profiles. Facebook, Twitter, Google+, and Youtube can be the important ones to fill in but again it depends on which social media you have your presence on.

By changing the settings for Yoast WordPress SEO, we can however only optimise it for Google’s understanding. If Google decides to show the knowledge graph for our company depends on several factors of the search engine and are entirely beyond our control.

If you use premium version of the Yoast WordPress SEO plugin, you should already have access to the new tutorial videos explaining the best usage of these new features. Here’s one the videos from the official tutorial series of the premium plugin available for free.

I hope the tutorial helped you to know about the new changes and settings for the Yoast WordPress SEO plugin. If there are any questions, please leave a comment below and I will try to help.